Old Main at the University of Arkansas is the quintessetial landmark, not only for the campus, but for all of Northwest Arkansas. It's probably one of the most recognizable buildings in the state. I hope I've done it justice. I used a few photographs from the internet to compile the angle and surroundings. I'm indebted to those photographers, and would credit them if their names were available. I wasn't in the mood to get in a helicopter and shoot it myself! Not gonna do it.

This painting was the request of my niece Elizabeth's husband, Luke Harper, who is finishing seminary at Mid America Seminary in Memphis and is on the staff of Bartlett Baptist Church in Bartlett, Tennessee. He wanted a little bit of Arkansas (they both graduated from U of A) for his office. 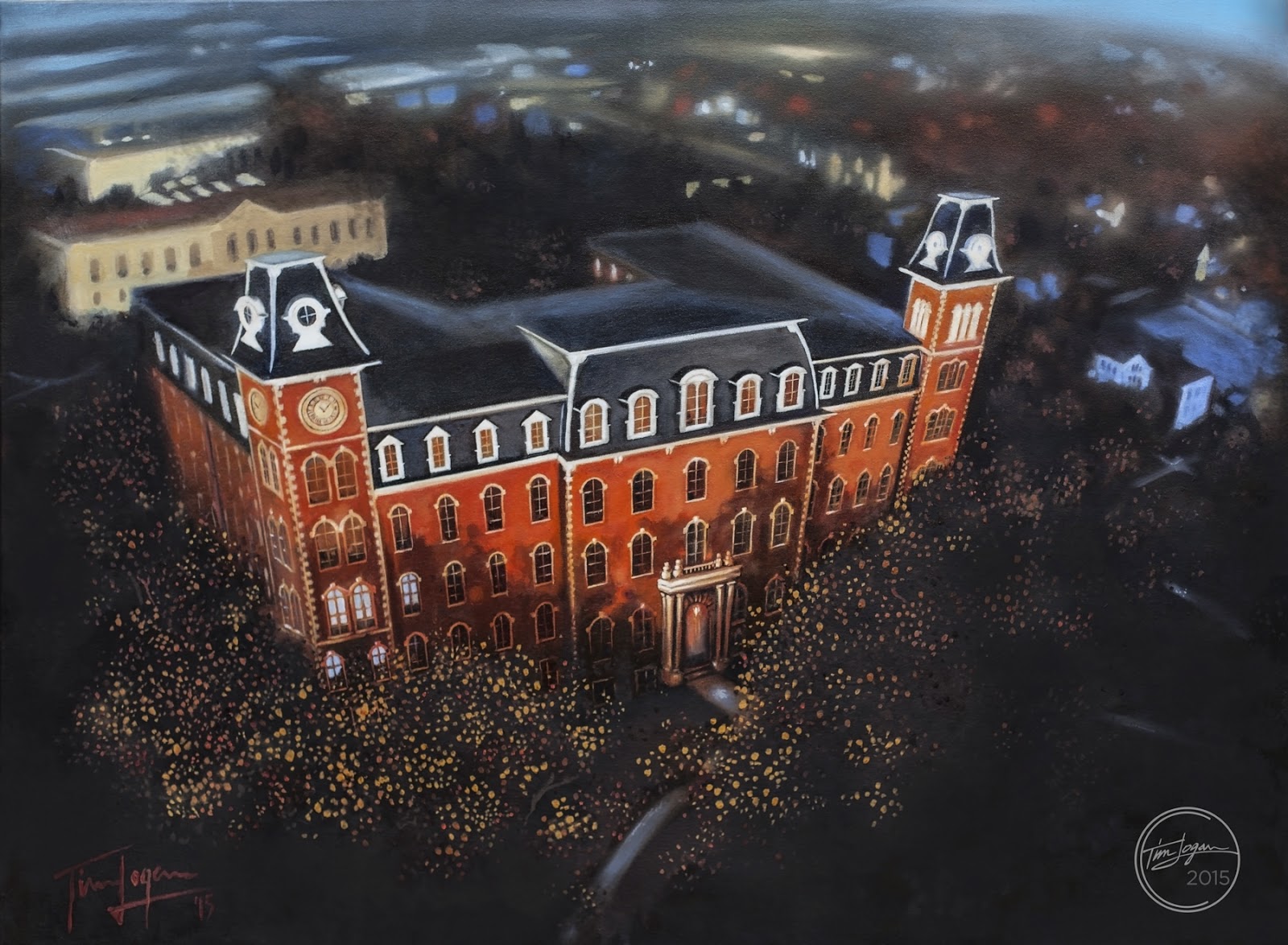 I've been working on it in spurts since late October (2014), and finally called it finished a couple of weeks ago. Luke reports that the painting is no longer bound for his office, but for the mantlepiece of their home. I'm honored.


Luke, Elizabeth, and Elton (my grandson) at delivery of the painting: 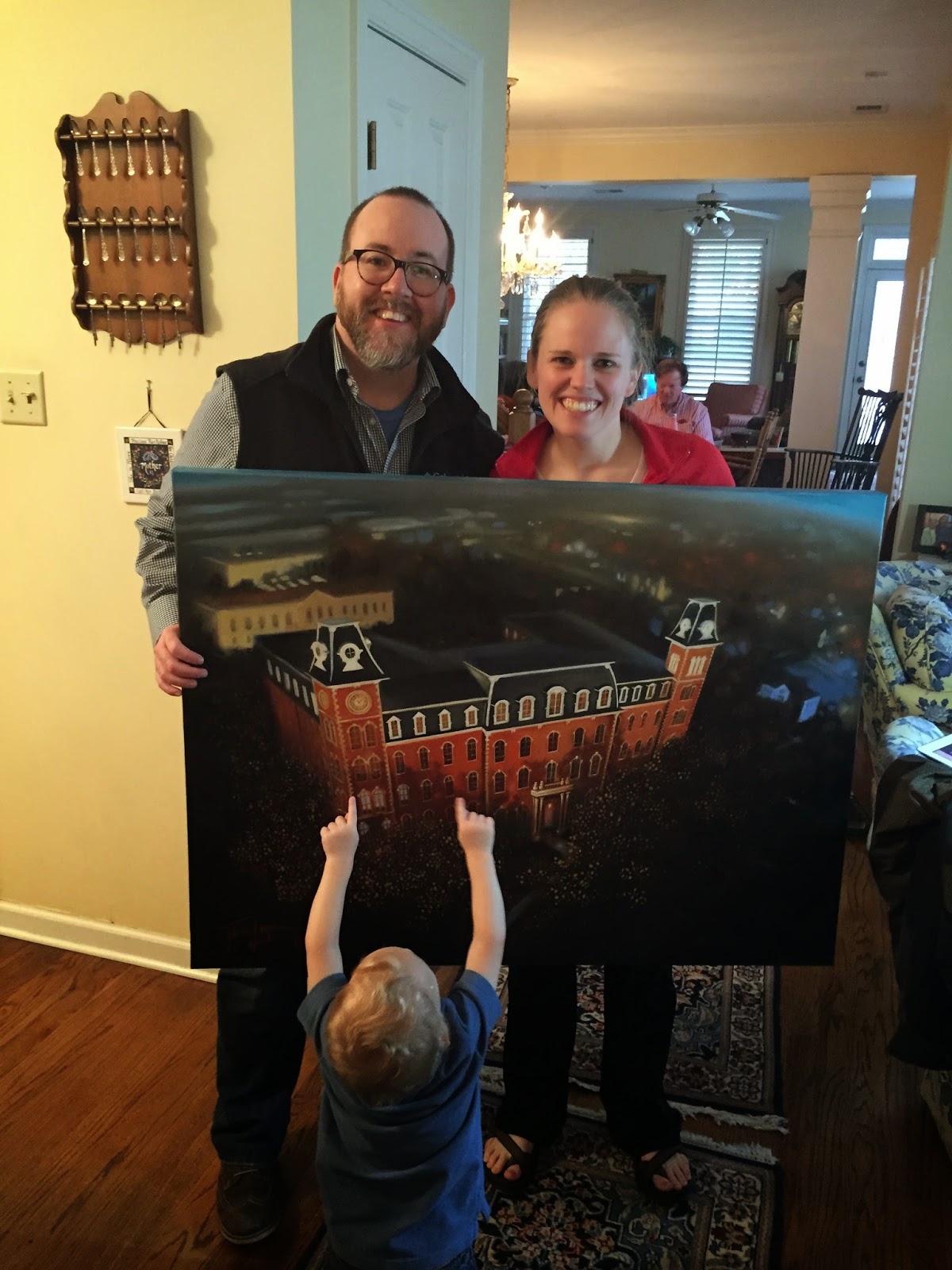